In case you didn’t know, Release Candidate is the same build as it was called Golden Master about a year ago. It is the build that was published just before the release of the general build. While we all expect it to be a public build, we can’t be sure as Apple has previously released multiple release candidates for the same update.

Now when it comes to iOS 16 features and iPadOS 16 features, you get almost all the features that Apple will talk about at the WWDC event. Apart from what we saw earlier in the beta build, the RC build also fixes a number of known bugs. Here’s what the update states:

iOS 16 brings audio and video enhancements to FaceTime, including Spatial audio and Portrait mode. Shared with you resurfaces articles, photos, and other shared content from your Messages conversations in that app. Focus helps you cut down on distractions by filtering out notifications based on what you’re doing at the moment. Notifications have been redesigned and a new notification summary provides a set of notifications for you to catch up on your own time. The maps offer a beautiful redesign with an immersive city experience and augmented reality walking directions. Live Text uses in-device intelligence to recognize text in photos across the entire system and the web.

The Release Candidate build is now live for developers and public beta testers alike. If you have an eligible iPhone or iPad with a beta profile installed, you will receive the update directly to your device. To manually check for the update, go to Settings > Software Update. When you see the update, click Download and Install to get the update.

If your device runs on a public build such as iOS 15.8, you need to manually install the beta update. Or, if you want to test iOS 16 updates before the final release, you can also install a beta profile. A beta profile is easy to install and you get incremental beta updates. Check out the guide below.

Write your email address in the comments for the download link. 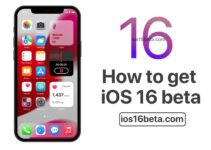 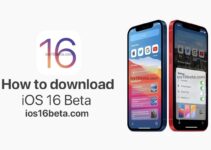 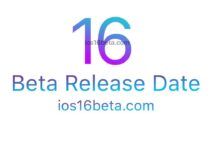