Home
iOS 16 Beta
How to install the iOS 16 beta

How to install the iOS 16 beta. We explain how to download and install the iOS 16 Beta Profile on your iPhone so that you can test it before its launch. Apple fans will always want to be able to test the new iOS operating system on their iPhones. Although the official version for the public will take a little longer to arrive. You are on time right now to test the beta version iOS 16.

Of course, for now only developers who are part of Apple’s beta program can do it. Everyone else will have to wait until next July (if they are part of that program) or when the official version arrives in the fall.

Release: When will iOS 16 beta be available?

As we said, if you are an application developer, you can join Apple’s beta program and try it from this June 13. The day on which Apple officially presented the next iOS update during WWDC 2022.

There will also be a series of public betas, allowing eager Apple fans to test the software and help report any bugs before the general release. However, the company has already confirmed that it will not arrive until next July.

The public beta typically begins a few weeks after the development version is released, giving Apple a bit of time to correct any bugs that break the operating system that developers and Apple connoisseurs may find in the initial version. .

Later, we will explain how to join one of Apple’s beta programs, but first we will review the risks of installing a beta version of iOS (or any operating system).

The risks of installing an iOS beta version

Before continuing reading, we want to warn you about the risks of installing a beta version on your iPhone or iPad, as it can damage your devices if you do not do it correctly.

In addition, by joining the public iOS beta program, you will be agreeing to install a version that is not yet official, that is, it may come with bugs and bugs that, in addition, you agree to report to Apple so that they can fix them before releasing the official version. of iOS 16.

We highly recommend that you make a backup of everything on your iPhone or iPad before installing the beta version of iOS 16. This way, you ensure that you do not lose any files or important data in case something goes wrong.

Although installing the beta version of iOS 16 seems to be a risky activity, the most Apple fans will enjoy it since they will be able to try it before anyone else and decide if this new version convinces them or not.

How To Install the iOS 16 beta version from Apple

A few years ago, only Apple developers and developers could test the beta versions of iOS for a few months before releasing the new software to the market officially. However, since the release of iOS 9, the public is also allowed to test beta versions.

As we explained above, the beta versions are versions that are still unpolished. They will have the same tools and features as the final versions, although with some aesthetic differences and, surely, some other flaws.

In other words: don’t expect a perfect iOS 16 when installing the beta version. For example, when the iOS 8 beta version was released, many users had to report that the popular WhatsApp application was not working.

Now, as we explained, there are two programs that allow you to obtain the iOS 16 beta version. The first is the specific version for developers, and the second the public program (when it arrives).

How to get iOS 16 beta for developers

If you have already made the decision to be part of the team of Apple users who test beta versions, you must register as an Apple developer. Joining the iOS Developer Program costs $ 99 per year (approximately € 83).

How to get the iOS 16 beta version for the public

Apple’s iOS 16 beta will be available to the general public, although it has not yet arrived. If you are interested, you should follow the steps below when it does: 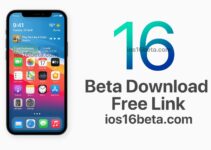 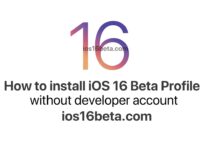 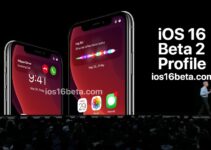