Since most people don’t want to pay $ 99 a year to get early access to the developer beta, we’ll show you how to install the public beta of iOS in July using the Apple Beta Software Program.

These same steps will also work for installing the iPadOS 16 public beta on an iPad.

A word of caution about beta software

By its nature, beta software is unfinished. That means it is more likely to be less reliable, with more software bugs than you are used to. The beta software can even lead to data loss or battery drain on your iPhone.

If you need your iPhone to function flawlessly, be it for work or family reasons, you should not install beta software on it. Instead, find a replacement iPhone to use with the iOS 16 public beta.

With that said, we’ll also show you how to uninstall iOS 16 public beta, in case you change your mind after installing it.

There are two versions of the iOS 16 beta: public and developer. Apple typically releases the developer beta a couple of weeks before the public beta, allowing developers to tweak their apps in preparation for a public release.

The Apple Developer Beta is only available to members of the iOS Developer Program. This costs $ 99 a year and comes with access to testing and analysis tools, along with the ability to launch apps on the App Store.

If you don’t want to pay for the iOS Developer Program, Apple usually releases the public beta only a couple of weeks later. These releases come from Apple’s Beta Software Program, which allows anyone to install beta software on their devices.

You most likely don’t want to pay $99 a year to join the iOS Developer Program if you are not actually a developer. So we will focus on how to install the iOS 16 public beta.

There are only three steps you need to take to install the public beta version of iOS 16. The entire process takes a couple of hours, depending on the amount of data on your iPhone and the speed of your Internet connection.

Make sure your iPhone is fully charged and you have plenty of time before starting.

Step 1. Archive a backup of your iPhone

Every time you backup your iPhone, you delete your existing backup to create a new one. Any backup you make using the public beta of iOS 16 may not work if you go back to iOS 15 again. To protect your data, you should archive an iOS 14 backup now, so that you can still use it if you uninstall the iOS 16 public beta in the future.

When you archive a backup, it means that your iPhone won’t delete it during future backups. If you don’t create an archived backup with iOS 14, you may lose all your iPhone data if the iOS 16 public beta doesn’t work properly.

Use a computer with macOS Catalina or later, or iTunes, to create an archived backup:

First, you need to sign up for the Apple Beta Software Program with your Apple ID. This is completely free, unlike the iOS Developer Program, which grants access to beta software even earlier.

To register and enroll your iPhone in the Apple Beta Software Program:

Depending on your internet connection, it could take a couple of hours for your iPhone to download and install the update.

Make sure your iPhone is connected to a Wi-Fi network with a lot of battery life (or keep it plugged in), then:

How to uninstall iOS 16 Beta from your iPhone

You may not want to keep the iOS 16 beta software installed on your iPhone if it has too many bugs or is unreliable. After all, many third-party apps still need to release updates to make them work perfectly on the new software, plus Apple is still working to fix its own software bugs.

If you want to uninstall the beta version of iOS 16 from your iPhone, you have two possible options.

Option 1. Remove the beta profile from iOS 16 and wait for an update

The easiest way to uninstall iOS 16 beta from your iPhone is to remove the beta profile from your settings. After doing this, your iPhone will stop searching for iOS16 beta software to install and will instead install Apple’s next versions of the iOS 14 update.

If you want to uninstall iOS16 beta immediately without waiting for Apple to release a new software update, your only option is to erase your iPhone using recovery mode.

When you erase your iPhone, all its content is erased: photos, messages, applications and more. If you followed the steps above, you should be able to restore an archived backup after erasing your iPhone to get your lost data back.

Unfortunately, this backup will not contain any data that you added to your iPhone after creating the backup. The only way to keep that data is to follow the first uninstall option above.

After restoring your iPhone, choose to restore your archived backup in Finder or iTunes. 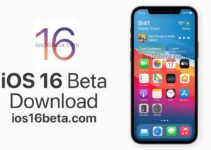 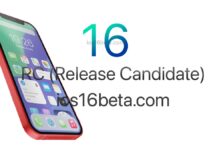 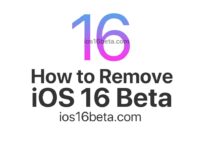